Kate originally hailed from Montreal, with her family moving to Winnipeg in late 1991. She resided in the suburb of Transcona, graduating from Transcona Collegiate Institute in 2003 and moving on to study sociology and philosophy at the University of Manitoba. She has called the downtown core of Winnipeg home since 2003.

It was during her time at the U of M that she began to be exposed to concepts of intersectional feminism. Along with her new attitude toward nudity and open sexuality, Kate decided to start doing some nude modelling. She shopped around, looking for sites that best represented how she saw the world. The closest having been NoFauxxx, but issues with the border meant that things were definitely not going to move quickly. Instead, Kate decided that she would start up her own, Canadian-based, nudie website.

Cherrystems.com got its name from a high school friend of Kate’s, after a long livejournal conversation (oh yes, livejournal was instrumental in the building of Cherrystems). A team was assembled that would work for free or favours, and the project was set in motion. It took approximately 2 years for Cherrystems to become a reality, but it fully launched in 2008 with a team of amazing models and behind-the-scenes workers. The site launched as and has continued to be a philanthropic business, donating all profits to local community groups, shelters, sex worker rights organizations, and to individuals associated with Cherrystems that are furthering their education and exposure to the porn industry in Canada. Kate has still never taken a cent from the site, to redirect the cash to where it can be used best. All models are welcome to create their own narratives in sets of 35-70 photos. Cherrystems accepts models of all backgrounds, genders, shapes, sizes, colours, ages (over 18), and sexualities.

Ciné Sinclaire launched on January 1st, 2016 at 12:00am central time. In other words, it launched at midnight on New Year’s. 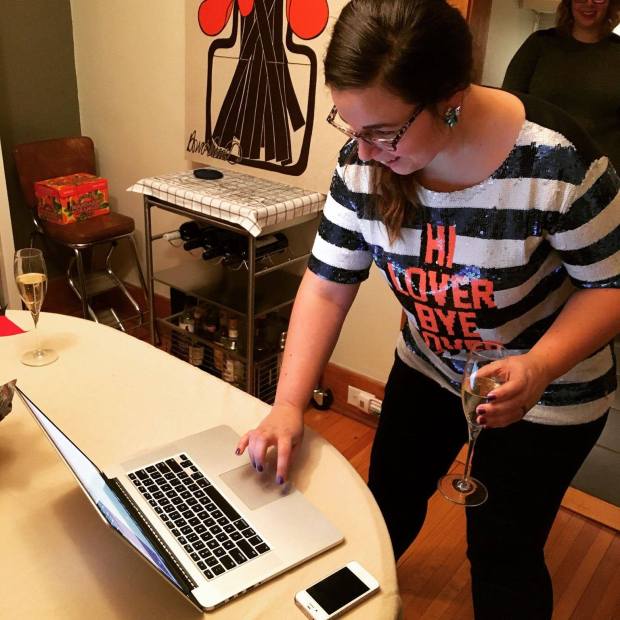 In between, Kate has married some guy named Aaron, lives in a barn in Winnipeg, has a studio in the Exchange District, and has spoken at Playground Conference in Toronto, Catalyst Con Chicago, Gender Fest Winnipeg, and has appeared on numerous podcasts, radio and television shows. Her work has been written about in the Globe and Mail, Winnipeg Free Press, The Uniter, The Manitoban, and more.